When Your OB Gives Bad Advice

Posted by Sherene Buffa of Suburban Misfit Mom on June 5, 2017 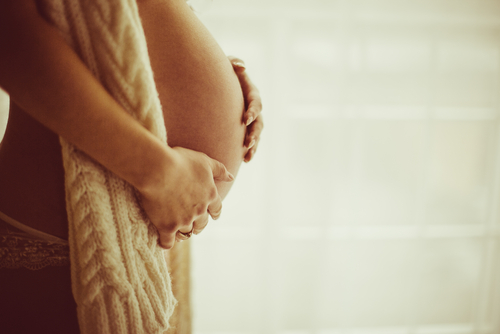 I could barely breathe. I remember coughing so much I thought I would cough the baby right out of my vagina. I had never felt so horrible in my life. I was too tired to take myself to our family doctor (whom of which I never see). Just the thought of getting out of my pajamas and sitting in a waiting room felt illogical. There was no way I could physically do it.

I was 32 weeks along and felt if my baby had to come out, she would be OK. Surely I wasn’t getting enough oxygen for her. Pneumonia, pneumonia is what this was. I was convinced of it. I remember feeling like there were weights on my body holding me down. That and the constant coughing, not to mention I couldn’t breathe through my nose or my mouth.

I was going on day two with this and couldn’t handle it any longer. I texted my cousin, a mom and nurse, to see what she would recommend. She suggested I request a Z-Pak through my OB. Apparently, they are safe for prego mamas. I was elated to think I could potentially get some relief and not have to leave my bedside.

My OB was not on call that night, so I ended up talking to her partner instead. She seemed a tad irritated even though the call was made in the early evening hours. “You can take anything when pregnant,” she said. “You can take NyQuil. Anything over the counter.”

This was my second pregnancy and I knew damn well, I could not “take anything.” I was perturbed by her response and even more so when she said she could not prescribe me a Z-Pak over the phone. I hung up feeling annoyed and confused. Even though I was deathly ill, I was still coherent.

I ended up sitting in the shower that night, letting the steam get through my airways. My husband tended to our 3-year-old while I rested. The next day I barely made it to urgent care, but I did make it. In fact, I was the first person to arrive as I was so eager to get some relief.

Moments after the doctor examined me, she diagnosed me with bronchitis and a sinus infection. A double whammy. It wasn’t pneumonia like I anticipated but it was enough to knock the crap out of me at 32 weeks pregnant. She called my OBGYN and asked if she would approve of the prescription, Amoxicillin. Luckily, my OB was in the office and OK’d it since I was not allergic.

I think we’ve all drunk that pink stuff a time or two as a kid.

After a few days, I got better and was feeling like the baby I was carrying might have a chance at making it full-term. When I went for my follow-up with my OB later that week, I made damn sure she was aware that her partner was giving poor advice.

I was informed that I wasn’t the first one to complain and that she was happy I was a “seasoned mother” and knew better.

What if I was a first-time mom, a naïve mom who believed everything her doctor (and doctor on call) said? I don’t know what effect NyQuil or any other OTC drug has on a pregnant woman because I’ve always been cautious. I could’ve done a very stupid thing by listening to this doctor.

About six months after the birth of my baby girl, I received a letter in the mail from my OB’s office. The letter indicated that my OB’s partner, who gave me the poor information, was no longer practicing. I was relieved and not surprised to read this and wondered if something else had happened in addition to my own experience with her. More than likely it did.

I shudder to think. Even though she didn’t harm me or my growing baby, her negligence is something that could’ve very well have hurt others before or after me.

As much as we rely on our OB’s, midwives, doulas, etc. for information during our pregnancies, we, as mothers/mothers-to-be are the ones who need to pay close attention to labels, warnings for pregnant women, and even research things we aren’t sure of. Always listen to your gut. Even if what your doctor is telling you seems OK, sometimes, you are the one to make the best call when it comes to your baby.

And YOU are the one who has your baby’s best interest at heart. 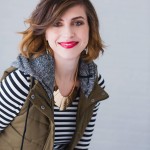