When Your Teenagers Play Dumb

Posted by Tricia Jelonek of Suburban Misfit Mom on October 6, 2016 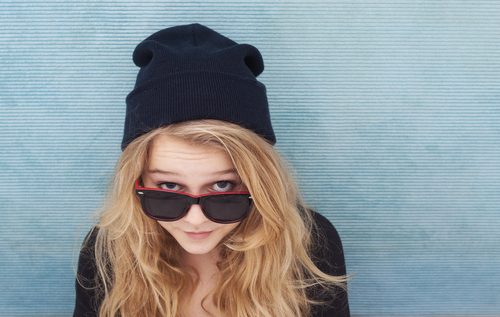 So I am a fairly reasonable mom. My demands for my girls are simple and have pretty much not changed their whole existence. It’s not like I am asking ridiculous things from them…unless of course you ask my children.  Apparently having my girls put a dish in the dishwasher or vacuum the living room is the equivalent to them running naked through school; totally reprehensible.

One time my eldest daughter even thought she could  get away with “fake vacuuming”.  You know… taking the vacuum out and pretty much running it over the carpet to ensure vacuum lines thus tricking the unsuspecting mother.  Little did she realize that she was vacuuming… it required the same freaking effort had she actually plugged it in. She did get away with it for a day or two. Mental note to teenagers… make sure there isn’t crap in the same spot for days on end when using the “fake vacuuming” technique. And people wonder why moms drink… seriously??

But there is one thing that really gets my goat… okay, there are several things but this is what I am on my soap box for today.  It’s a very simple concept to grasp… when you reheat food in the microwave… cover it with a paper towel so it doesn’t splatter all over the place!  Nothing like opening up the microwave and having it look like a damn crime scene with food exploded everywhere.  It literally drives me over the edge… maybe that’s what my children are trying to accomplish. And they are succeeding so Mom… none… children… one.

Here are possible reasons why my teenage children refuse to use paper towels over food when cooking in the microwave:

As I realize that number 8 is most likely the reason… I will continue to go through the motions of me screaming like a lunatic and my children looking at me like I am crazed psycho. I’m a mom… it’s what we do.