Who Put the Ma’am in the Mammogram-A-Ding-Dong 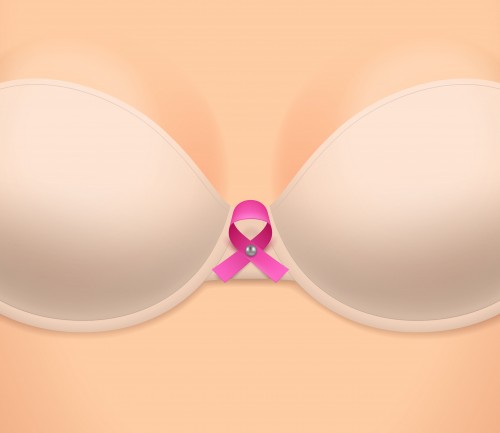 “You’re naturally lumpy,” my doctor said. “Let’s go ahead and get you scheduled for a mammogram so I can have a baseline, that way going forward I’ll know which lumps are ok and which ones aren’t.”

I’d never really given much thought to the internal topography of my breasts, but apparently at age 37 they resembled the inside of an old mattress or a poorly-made bowl of oatmeal.

I was terrified of having a mammogram. My imagination ran wild with visions of a cold, dark room where an unsympathetic stranger shoved my chest into a terrible Ta-Ta Torturer that squeezed and flattened my poor lumpy bazookas until they were crushed into painful boob-pancakes.

But guess what? It wasn’t anything like that. The room was warm and bright. The technician was pleasant and gentle. It was a quick, painless procedure – maybe just a tad uncomfortable – but over before I knew it. The whole process was utterly uneventful.

That was almost 4 years ago. Since then I’ve talked to a few women who were avoiding mammograms because of the same fears I had. So for anyone out there who is afraid of the Melon Masher like I was, let me tell you about my most recent one so you’ll know just how NOT scary the whole process can be.

The waiting room was empty except for a confused older couple reading a People Magazine. (“Who is this Katy Perry? Is she Matthew Perry’s sister? Oh, you know, the one from that Friends show. No, you’re thinking of the other one. No, the other one. Well anyway, they don’t look anything alike.”)

The door opened and a technician (her badge said “Nancy”) called my name… Or at least attempted to call my name. See, I have one of those hyphenated combination names, and she mispronounced both of them. But I get it. My maiden name is French and kind of tricky. And while my husband’s last name should be pretty straightforward for anyone with a solid grasp of the English language, for some reason it gets bungled almost every time.

“Well, you almost got it,” I laughed. (That was a lie. She did not almost get it.) I said the names for her in a way that I hoped didn’t sound patronizing and she glanced down at my file to see what I was talking about. “Oh,” she said as she tried to match my pronunciation with what was on the form in her hand. “Sorry about that.”

“It’s ok,” I waved it off, making a mental note to not piss off the woman who was going to be in charge of crushing my cans in a few minutes. “I’m used to it.”

(Ma’am! Another thing I’m getting used to…)

I followed her down the hallway to a changing room where she told me to remove everything from the waist up. “There’s a gown on the shelf. You don’t need to worry about tying it.”

The hospital gown was thin and stiff and smelled faintly of bleach. When I stepped out of the room Nancy took one look at me and chuckled. “Well, Mrs. …um…,” (remembering she didn’t know how to pronounce my name) “…Ma’am, I’m not sure what you think we’re taking pictures of today, but you might want to turn your gown around.”

I had put the gown on with the opening in the back. Whoops! If I wanted my oatmeally girls to be inspected by the Bosom Buster I guess they’d need to be accessible. I fixed my gown and she led me into the next room.

And there it was, the Teat Trapper. It was a tall, thin machine with smooth, rounded edges that somehow gave it the appearance of being soft even though it was strong and solid. Nancy told me where to stand and positioned my breast onto the machine.

At this point you might be wondering if it’s weird being half-naked in front of a total stranger, and I can honestly say it’s really not. It won’t be weird unless you make it weird. Medical professionals who are used to intimate situations seem to very good at distraction. They’ll get you talking about the weather or your kids or movies you’ve seen. One OBGYN coaxed my entire work history out of me during a Pap smear and pelvic exam. (After that visit I’d say she was pretty well acquainted with my “qualifications”.) So no, it’s not weird. Nancy wasn’t judging my body. Her interest in my saggy, post-baby B-cups was purely professional, and I guarantee she’ll feel the same way about yours.

She arranged me on the Jug Hugger and before I knew it the machine had flattened me into a… well, a boob pancake.

Now let me tell you, folks, you will never ever in your life want to breathe as badly as you will when someone is telling you not to. Maybe it’s some kind of inherent “rage against the mammography machine” response. (Hello, authority issues.) Maybe it’s because I had not previously been thinking about breathing, but hey, now that you mention it its OBVIOUSLY THE ONLY THING I WANT TO DO.

The rest of the exam was quick and unremarkable. Plop it onto the machine, flatten it down, retreat to the safety zone, DON’T BREATHE DON’T BREATHE, done. And I only needed a do-over on one of the twins. (I breathed. DON’T JUDGE ME.)

Everything else is easy. Because you know what’s scarier than the Pillow Presser? Breast Cancer.

I’m happy to report that my results were normal, but many women aren’t so fortunate. If you have the ability, if you have a family history, if you’re over 40, just do it. It’ll most likely be a completely uneventful hour out of your day, but it’s one that could save your life. And who knows, maybe you’ll have your own entertaining experience with the Knocker Nabber. If you do, I’d love to hear about it. You can even call me Ma’am.