Why I Will Never Raise My Daughter to be a Homemaker

Posted by Kristi Eide of Suburban Misfit Mom on April 7, 2016 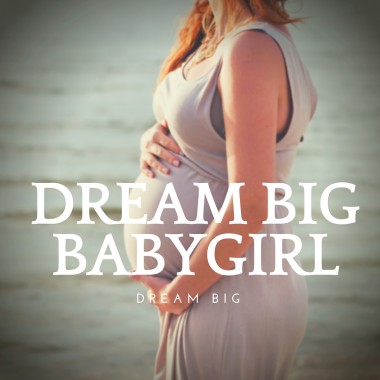 I will never raise my daughter to be a homemaker. Now, before all the SAHMs (that’s “stay-at-home-moms” for those who don’t live in the world of acronyms and text-speak) freak out and start hurling insults my way, let me assert that I have absolutely zero problem with those who choose to forgo a career in order to be at home with their kids. I don’t think your job is easy! I for one, cannot cook, I don’t particularly like to clean, and I crave adult interaction. Maybe I’m secretly jealous of your ability to engage in child’s play every day while maintaining a spotless home, and simultaneously cooking a three course meal. But then again, maybe I’m not. Now take a second to hear me out.

Women have fought hard over the past decades for equal rights, equal pay, and equality in the workplace. They’ve had to ruthlessly push back against the molds that women belonged “in the home” and that a woman’s place was “in the kitchen.” And unfortunately, equal pay is still a dream in the making, with women still getting paid 80 cents for every dollar that a man makes. Totally not cool, right?

But with woman like Sheryl Sandberg and Susan Wojcicki shattering the glass ceilings at some of America’s biggest companies, they are showing the world that having families and children WHILE being a successful career woman is possible. Sandberg, COO of Facebook, said “…We stand on the shoulders of the women who came before us, women who had to fight for the rights that we now take for granted.” True. Sexism and discrimination are very much alive and present in the workplace (yes…still), but that doesn’t mean these challenges are ones we should run from, or worse yet, attempt to shield our daughters from. Rather than “protecting” them from the potential disappointments of workplace gender bias, how about we use it as a stepping stone for learning major life lessons; like, that life is often unfair and hard, but that your greatest triumphs start by overcoming adversity.

Take a look at Wojcicki (CEO of YouTube). She has five children. FIVE! And is an advocate for federally mandated paid parental leave (yes!) which she hopes will increase the number of women who work and/or return to the workplace after childbirth. I was lucky enough to hear her speak in 2015 and she asked a very important question: Why is it that women are asked how to achieve work-life balance, yet you never hear a male being asked that same question? Why is the status-quo for little boys that they are encouraged to pursue their dreams and that opportunities are limitless, yet little girls are taught to be very mindful of how they will juggle motherhood, a home, and if there’s time, a career. I call bullshit on this.

In a world where divorce gives us a nearly 50/50 shot of winding up single, or as is common with the majority of millennial mothers, never being married at all, having financial independence is not only a nice-to-have, but a necessity. I don’t want my daughter to ever feel that she is reliant on another person to survive. I want her to feel free, to be free, and to be entirely independent.

I want my daughter to know that if she hates cooking and housework, that she doesn’t have to be defined by those skills. These are not what makes a woman, a woman. I want her to know that if she doesn’t like staying home all day and reciting the ABC’s with her children and playing house, that’s ok. It doesn’t make her a bad parent; it just makes her an adult in search of something more.

When you chose to forgo a career and define yourself as a homemaker, you are known simply as “mom.” I believe (and want) my daughter to have an identify that extends outside of the home. When she is growing up, I want her to pay special attention to what her dreams are made of; of what makes her eyes twinkle and her head soar above the clouds. I want her to follow the passions that she so badly desires as a young child. I vehemently believe that the world desperately misses out on your unique skills and all that you have to offer when you choose not to pursue them. I want her to pursue them with strong-willed tenacity and uncompromising determination.

As a millennial woman (and parent), I feel that we live in such a unique stretch of time, where anything truly is possible for females. We have a strong female candidate pursuing the role to become the first woman President. We have more women getting advanced degrees than men. We have women breaking into the once completely male-dominated STEM fields. We even have toymakers like GoldieBlox and Legos encouraging little girls to put down their baby dolls and to pick up building blocks and let their imagines soar.

I want my daughter to know that she will never be expected to give up her dreams, goals, and passions when/if she gets married, and when/if she chooses to have a family. I want her to know that her value as a woman extends far beyond her value in the home. And I want her to be free to make her own decisions and to blaze her own trail. I want her to know that her place in this world can be anything she imagines it to be: as an astronaut for NASA, an engineer, a doctor, a creative writer, or as a home maker, if that’s what she chooses. I want her dreams to be bigger than her fears. And I want the world to benefit from the unique talents that she will bring to the table.

There are no glass ceilings, no boxes to fit inside, no ideals of what your role in this world should be. Nothing is predetermined. Dream big baby girl, dream big. 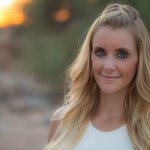