Why I Won’t Apologize for Being Happily Unmarried

Posted by Amber Pittman of Suburban Misfit Mom on November 16, 2016 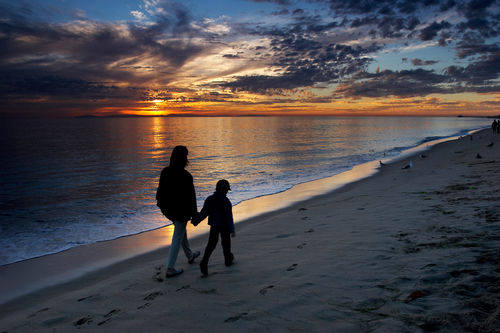 Once upon a time I made my parents spend thousands of dollars on a wedding, then seven years and one toddler later, I was divorced. The process was a lot cheaper and a lot less messy than the actual wedding ceremony, if I’m being honest. After the divorce I started doing what all “good” women do – I started dating with the intent of finding myself another man, because nothing is quite as unappealing to southern folks as a divorced mother with no prospects. I’d already lost friends during the divorce –  since many of my friends were married and seemed to think divorce was something you could catch – I didn’t need to lose more by admitting what I was really thinking: that I was happier unmarried and single then I was married or coupled up.

Of course I faked it for a while, dating guys even when my heart wasn’t in it; seriously dating a guy who was all wrong for me and turning myself inside out for him – kind of like I did for my ex-husband at the end of our marriage. And then one day I woke up and realized that I was less happy worrying about being someone’s girlfriend or wife than I was just being single and glorious. Sadly, that seems to be something I continue to find myself explaining or defending. But I refuse to apologize, because this is the best I have ever felt about myself and my life, and this is why:

I became a better mommy

I stopped worrying about what other moms were doing, or what my boyfriend or husband or anyone else thought of my parenting style. When my ex-husband suggests I stop jokingly antagonizing our son and be more of a strict mother I remind him that he sees our child eight days a month, and that he should mind his business. The result is a healthy, active, intelligent, creative and slightly weird little boy, who is proud of his mother and loves that his friends want to hang around her, a mom that he wants at all of his events at school, that he knows he can tell his secrets to without being embarrassed, and that he knows will be there to kiss a boo-boo, read a story, throw a football or bake a cupcake. We get shit done, and done well. We learn life lessons and school lessons and we go on adventures and we’re an unbeatable team. I don’t know that I would be as close to him if it wasn’t us against the world for the better part of his life, and not having that relationship with him now would break my heart the way no other relationship ever could.

I gained a ton of confidence

I was always fairly confident and rarely cared what anyone else thought, but as women we are pre-programmed to care what our men think. We want them to think we’re pretty – and tell us, we want them to like our hair and our makeup and our cooking and our mothering skills and our bodies – we pretty much decide everything with them at least a little in our mind. Being on my own I quickly became the President of my own fan club, and it doesn’t matter if no one else is a member. I do what I want with my hair, I play around with makeup (poorly) and don’t care if you like my nails painted black or dark purple or red (I once had a boyfriend who said women who painted their nails red were always DTF. Yes, seriously), and I absolutely love myself. Sure, I could stand to lose a little weight, and my gypsy curls never cooperate, but I’m still fabulous, and I have no desire to try and convince anyone else of that. They get it or they don’t, not my concern.

I was an only child until I was 10, so the idea of everything being my way has always been appealing. Of course I made allowances. I had Mexican food every single Saturday because an ex-boyfriend preferred that, I bought blue cardigans because it was the color he favored – even though I don’t care for it, I consulted my color-blind (not kidding) ex-husband on the painting of the rooms in our home and the decorations for holidays. Now the only person I consult is me and my kid. I get to decide color schemes, dinner plans, and I don’t care if anyone likes my cardigan but me, and it’s amazing. I only worry about what works for me and my son, not what someone else may or may not like. You don’t like my comforter? That’s cool, you don’t need to sleep under it.

I get some weekends off

While this might sound selfish, I think time off for moms – single or not – is imperative. Same for dads. We were all real people before we had kids, we all had stuff we liked to do and people we liked to hang out with, and spending time alone or doing something for yourself helps recharge your batteries. I am not the Energizer Bunny and my batteries die. With a little time to yourself or with your friends – even if it’s just going out for dinner or to a movie that doesn’t have a super hero or cartoon character in it – will help you come back to your full-time mommy duties with a little less fatigue, and a lot more desire to kick parenting ass.

I realized I was stronger than I ever thought

I’ll let you in on a little secret: when my ex-husband first said he was leaving, I was terrified. I begged him not to leave and confessed I was scared I wouldn’t be able to take care of our child on my own, that I wasn’t strong enough to do this life we had started together solo. I’m still scared most days of something – mostly of ruining my son in some way – but I’m not scared of being weak. There’s not a weak bone in my body, and there never was. The strength was just hidden behind the title of Wife. Strip away the title and my strength came shining through – like polishing a diamond.

I’d rather be strong and happy then weak and coupled up, pretending my life is perfect so that I can have the right friends and the right clothes and the right… everything. Cause the right everything was what I discovered when I stopped pretending and just relished in my awesomeness. I am certainly not everyone’s cup of tea, and there will always be women who think I’m out to steal their husband, or that I’m a bad mother because I haven’t found another man to take his place, but those aren’t people I want in my tribe anyway; misery won’t find company with me and my little boy.