Why We Don’t Go After Our Dreams

Posted by Brit Jones of Suburban Misfit Mom on January 5, 2016 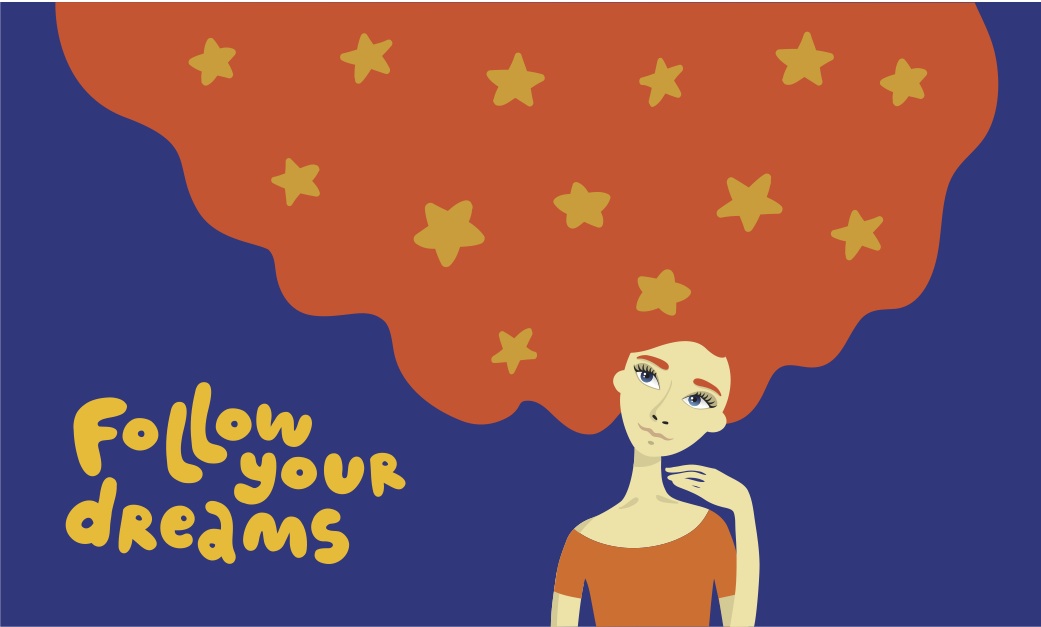 When I was a little girl, I wasn’t shy at all about what I wanted to be when I grew up. I was going to be a singer/journalist/lawyer/model. It didn’t matter that I couldn’t carry a tune… It didn’t matter that this was likely the most unrelated combination of careers… What mattered was that I BELIEVED I could be and do these things. For years, this was my answer to that question you’re asked over and over again as a child: “What do you want to be when you grow up?” Nothing was going to stop me!

Well… something stopped me. I didn’t become a singer. Although I can take one hell of a selfie, I never became a professional model. The closest I’ve ever gotten to being a journalist was starting a blog, and I only began doing that just last week. You can probably guess that I also did not become a lawyer. In fact, I graduated with a degree in marketing, spent a few months as an assistant manager of a Walgreens then stumbled my way into an insurance job that has turned into a career of nearly a decade.

So, how did I end up in a career in the insurance industry? Well, for one, I tried out for America’s Next Top Model way before the “short season” was conceptualized, and when they passed on me in one audition, I never auditioned again. I never took singing lessons, so the dream of becoming a singer naturally fizzled out as an impossibility as I grew older.

While pursuing my undergrad at Hampton University, the best descriptor for my college years is LOST. Much like the TV series of the same name, I wasn’t ever really sure of what was going on, and every time I thought I had figured it out, PLOT TWIST! So, I failed to pursue any coursework that could prepare me for law school and thus, never became a lawyer. I guess how I ended up so far from where I dreamt I would be as a little girl is really quite simple…I gave up on my dreams because somewhere along the way, I stopped believing I could achieve them. Sure, I could complicate it beyond that, but why bother? Doesn’t it ultimately come down to belief?

So, what is it about this world that corrupts that young ambition and turns a girl who believed she could into a young lady who gave up trying? Is it just me, or do we all, at some point, allow the world – whether that “world” is a mother who never supported you, or the teacher who said you’d never succeed, the boyfriend from college who laughed in the face of your dreams, an upbringing that only showed struggles without triumph – to convince us to give up on ourselves?

But, there’s something really beautiful – I think – that happens when a woman becomes a mother. I feel, at least for me, that the inner spirit is reawakened the moment you bring life into this world. It’s like a fog clears and you can really visualize yourself, as you are intended to be, and your purpose on this earth. The impossible once again becomes a possibility and you begin turning those can’ts into cans…and dreams into plans, so they say. You’re no longer discouraged by that outside world, because your world becomes you and your family; your baby. Is there nothing more worthy of you giving everything you’ve got?

The innocence we lost, that unfiltered and pure ambition — we can get it back! And when we do, watch out world. Because if you ask me, there is absolutely nothing more powerful than a mama on a mission! And that’s where I am today. A proud wife, and mommy of two incredible, beautiful little boys, a woman empowered to pursue her dreams again. Only now, it won’t matter that there will be naysayers. It won’t matter that there’ll be obstacles, challenges, perhaps some late nights (or very early mornings)… just as though I were a little girl again, I BELIEVE I CAN! Back then, I may have only had my naive ambitions… but now I have a plan, backed by faith, supported by a community of encouraging and positive people. I’ve surrounded myself with positivity and I’ve immersed myself in inspiration.

Unlike when I was in college, auditioning for a reality modeling competition, this time around I expect failure. Rather than avoiding it, I’ll embrace it. Because with age and wisdom I realize that failure and success aren’t opposing ends of a metaphorical spectrum. Not at all! Failure is yet an obstacle on the path of success. So I won’t turn away at the first, or second, or fifth sign that things won’t work out. I’ll push harder. I may change the plan, but not the goal. This mama is on a mission. But don’t go searching iTunes for my new single… because with time, and with really discovering who I am and what my purpose is on this earth, my dreams aren’t the same. I don’t want to be a model or a singer or a lawyer or a journalist.  My dream now is to help other mothers find themselves again, like I’ve found myself. And I’m only just getting started!

[…] *As originally published on suburbanmisfitmoms […]