Why Your Sanity Is At Stake At A Dance Competition

Posted by Heather Burnett of Suburban Misfit Mom on April 24, 2017 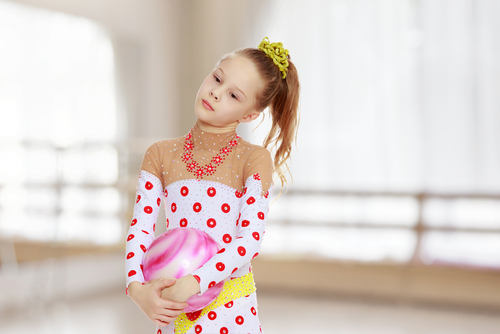 On any given Sunday in April, while you’re tending your garden or perhaps strolling through the park, hundreds of mothers and daughters are descending upon stages across the country. Instead of enjoying the new crisp spring weather, they choose instead to voluntarily lock themselves in dark venues in the name of fun. I am of course speaking of the now infamous dance competition. And If you don’t watch yourself, you could lose your sanity at the event.

I know, because I have over eleven years of experience with these encounters and I have witnessed many stable women go from zero to lunatic in one short dance season. I can confess this phenomenon has consumed me a time or two.  Read on, so it doesn’t happen to you.

Over twenty studios from the tri-state area “brought it” to the competition last weekend.  At least one hundred moms, some with a hair and makeup posse, some with irritated Dads and most with raging hormones, along with their children, crammed themselves into one outdated civic auditorium.

Now, what do you think is going to happen when you put a bunch of competitive mothers and daughters together?

Spoiler Alert: They will not hold hands and sing Kumbaya.

In fact, studies have shown that when you overcrowd a space you will end up with aggressive behavior.

THERE IS NOTHING LEVEL HEADED ABOUT THE DANCE MOM

She may have signed up her prima ballerina for classes because she thought they would be a fun and creative outlet for her child, but she never dreamed they would lead to her becoming the stressed out head case her physician now knows her to be.

You see, Mom is responsible for making sure every sequined hat, tutu, and rhinestoned Dickie makes it to the stage without losing an ounce of perfection.

That’s a whole lot of pressure, people. You do not want to be the Mom that forgets the Dickie.

Do you want to know what else your average suburban mom is responsible for?

And yes, it’s a big freaking deal, because someone decided that it’s just not good enough for the gals in Dance Troop C to slay on stage with perfectly coordinated and timed choreography, even if they are wearing the most adorable costumes since Shirley Temple was a thing. Oh no, they must also sport identical eyeshadow palettes, lipsticks and all use the same teasing comb to ensure they all look like little Stepford Wives, I mean cute dancers.

To make matters worse, everyone is rushed. Sometimes you get only five minutes to change costumes AND hair for an entire group number. Think Nascar Pit Stop with lots of estrogen.You’ve got Alpha Moms barking orders while simultaneously Aqua netting everything in sight.

ACCEPT THE THINGS YOU CANNOT CHANGE AND THEN FREAK OUT

Once mom has that behind her and is relatively shook, she’s free to obsess on her diva’s debut performance. That’s when all sorts of crazy thoughts start to pop in her head.

What if she forgets the routine?

What if her costume falls off, malfunctions, and she ends up naked on stage?

What if she falls face first into the panel of judges and dies of embarrassment?

What if she (GASP) doesn’t get a trophy?

It is no doubt these fears that drive even the most level-headed mother to the edge- leading her to the brink of stage parenting. These irrational thoughts explain why you’ll see laid-back Mamas  “running dances” (insider talk for practicing) in the hallways, dressing rooms and even the bathrooms at competitions. You cannot even pee without hearing an overbearing mother tell her child to “Do It Again, but This Time SMILE!”

EVERYONE DOESN’T GET A TROPHY

If your kid doesn’t win an award, you don’t have to worry because the host will sell you stuff in the lobby so you can make up for it. Sure, there may be few pieces of dance attire offered, if you consider shorts the size of panties attire, but most of it is hardcore garbage.

A pass to a Crazy-Free Mom lounge where I can charge my phone in peace because I’m tired of listening to Somewhere Over the Rainbow remixes and inappropriate hip hop songs while the moms are screaming Shake That Thang gurrrrl!!!!

And listen to me, some of these moms should be evaluated for their song choice.  I mean, I just don’t think anything by the 2 Live Crew is appropriate for a seven year old, umkay? If your child is performing to a song that makes me blush there’s a problem.

Now, do not get me wrong, I love that my daughter enjoys dance, and I love to watch her, but I do not care to see the other 1134 numbers. They take a toll. You see things. You hear things. For example, I love music; in most cases, it brings the people together. Was it Gandhi or Madonna who said that? Anyway, these events can murder songs. They get remixed or overused and the next thing you know every time you hear Landslide by Steve Nicks all you can think about is that one number that attempted (and failed) to do a lyrical tap dance to it. Well thanks a lot, Studio Number 117, for destroying a ballad I once loved. I hope it was worth it.

With this season coming to a close, I’m sure I’ll forget everything I loathe about the rhythmic tournaments from hell and instead focus on my daughter’s love of the craft. She loves to dance and like it or not; I’ll be attending many more events in my future. But don’t be surprised if I’m wearing noise control headphones reading a book in the corner. That’s more of my jam. 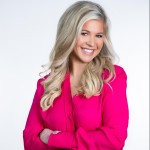