Woman in Midlife Crisis! – How Did I get Here? Part 2

Posted by Brigid Fitzgerald of Suburban Misfit Mom on June 7, 2016 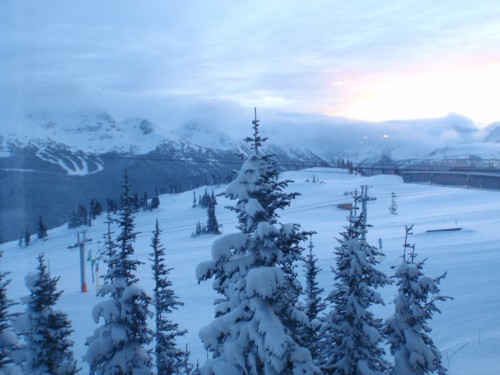 In my previous post I mentioned my first Midlife Crisis aged 41 – I recommend you read that page first to get an idea of what was happening and where this took me. Being in my early 40’s I was a totally different animal.

It’s now 8 years later and much has happened.

So – I decided to sell the house.

This was met with some praise and a fair bit of concern. People asked me how I could possibly sell my security – my answer was “my security is in my heart, not a building”. I still feel the same about that and over time, it has become stronger.

And anyway I had a plan for me and my youngest son. This was the outline:

And…….. that’s as far as I had planned – but I thought that was okay after raising the boys and working full time for so long. The thought of just winging it was very appealing.

Feeling like I deserved this break, in fact yearned for a total change to my life, but having no real idea who I was or where I wanted to go or even what to do once I got there, I was quite aimless and if it hadn’t been for an urgent situation at home, I would have continued to drag my reluctant, but resilient and now world-traveled 14yr old son with me for as long as it took, finding my way through my latest midlife crisis.

So, we landed in Canada, house sold, money in the bank, debts paid and totally lost in my mind.

When we got off the bus wearing several layers of sort of warmish clothes, carrying our bags and my son’s surfboard (Bali, remember) the snow was almost knee-deep and I felt as if I had arrived home for the first time.

I had no idea what would happen, no plans, some money, my 2 sons as my moral support and felt so so lost – but managed to put on the brave expected face of a responsible woman living the dream in wonderland.

It was one of the best snow seasons that year in Whistler, so I decided to try snowboarding. This sport – I discovered was similar to cycling in that it challenged me – made me determined to succeed and there were some nights I almost cried with the pain of my falls and screaming muscles. This is when my total LOVE of snowboarding started; being in the cold is my happy place and this was just perfect.

Being surrounded by those amazingly beautiful snow-covered mountains was a sight I never got tired of and was really reluctant to leave. The warmth of the coffee shops and homes contrasted to the freezing of the outside life I loved – in one way my life felt almost complete – but then again I still felt empty.

Looking back now I wasn’t only having another midlife crisis, I was also having a bit of a meltdown! The problem was that I was doing what was expected of me like work, cooking for the family, cleaning, being responsible….

Having thrown myself into this job of raising 6 sons which consisted of laughing with them, playing, organising, enjoying, disciplining, learning, crying, feeling totally helpless and fearful, outraged, fixing their aches and pains, teaching and chatting about life and simply watching them sleep – it was pretty much over.

The home was gone, my life had changed irrevocably, even the family pets had gone – there was just me and my youngest and we were travelling doing stuff that was so different from my life at ‘home’, working, cleaning, cooking and being responsible – I wasn’t really coping at all.

After a month in beautiful Whistler we flew to Bali, from minus degrees to 30degrees C. in a few hours. We arrived in jackets, pants, shoes and socks, beanies and a surfboard in tow.

Now this was a true adventure. So much happened here I cannot put it all down. Suffice to say we stayed for 4 months, not one, buying a new visa every month for $100 at MacDonalds from a guy in Immigration (on the sly and so so dodgy).

We rode motorbikes without helmets or shoes, drank lots of Bintang (beer), endured several days of Nyepi (a Balinese holy period where no one is to leave the house, have any lights or swim in the ocean – but eating and drinking was ok), met several wonderful people some who I’m still friends with, ate out every breakfast, lunch and dinner, didn’t cook for 4 months or clean or wash our clothes (someone else did that), learned how to haggle, travelled to several other Indonesian islands on slow boats and fast boats, got ripped off terribly, climbed an extinct volcano at 4am, met Komodo dragons, sat around a bonfire on a desert island drinking Arak, endured a ‘cruise’ for 4 nights on a refugee boat (yep – really) with 11 people, no beds or chairs, tables, lifeboats, life jackets, radio or mobile reception and a squat toilet beside the ‘galley’. I will give a more detailed story of this later as it is an important part of my transformational journey to me. 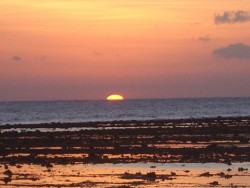 Then I turned 50 and it was the best!

My kids came over from Canada and Australia and some stayed for a month. We partied on Gili Tawangan, snorkelled every day, learned to scuba dive, partied on jugs of rum and coke, took magic mushrooms (never in my wildest dreams thought I’d do this), danced, ate fresh lobster and seafood and met even more wonderful people.

And then we came home………………..to drama. It was a real slap in the face of my unreality, a realness I wasn’t prepared for in any way. One minute I was free, totally free to do as I wished and then I wasn’t.

I came home to news that my sister (the one I rode around Scotland with) had terminal cancer. I took on the “responsible adult coat” once again and moved to Victoria, Australia, to be near her. This was a hard time for everyone.

A time of awakening, pain, suffering, frustration, loss, anger, tears and not much nice stuff at all.

Plus it was during the GFC – no work – anywhere. I lasted 1 year down there, my sister died 1 week after I arrived on the Gold Coast. I was miserable again but still determined to make that fricken change that seemed to be eluding me and continued to be just out of reach for a longer time than I had ever anticipated.

During this time I bought a beautiful new kitten, had to put my beloved dog down, sent 2 of my sons to Canada to work (they never came back to live either), another son came home from Canada and got married to his forever love, had to give our beautiful little cat up, lost my sister, lost my money, sold the caravan to fund the trip to Queensland and thus started the Queensland leg of my life.

Why my escape didn’t work (now that I think about it) is that it wasn’t ‘real’ while in Bali. Sure it was a wonderful hiatus of being irresponsible and having no plans – but I wasn’t acknowledging my aloneness, I was hiding it amongst new friends and new adventures and not facing up to the next stage of my life, not embracing the change or making any solid plans.

“Only dead fish go with the flow” is an accurate phrase for me at that time – I was going with the flow, but my thoughts had no direction or will or their own. Life was unfolding but with no form or enjoyment.

When I “threw my cards up in the air” so to speak by selling my home and just taking off with no plan and even less sanity I really thought those fricken cards would land within a few months.…..several years later….they are starting to turn up and form a beautiful pattern of happiness.

THIS was only possible after my most recent midlife crisis which follows next, in Part 3. 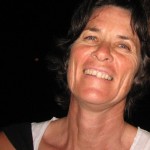