Work or motherhood – The dilemma therein

Posted by Aparna Prabhakar of Suburban Misfit Mom on February 16, 2016 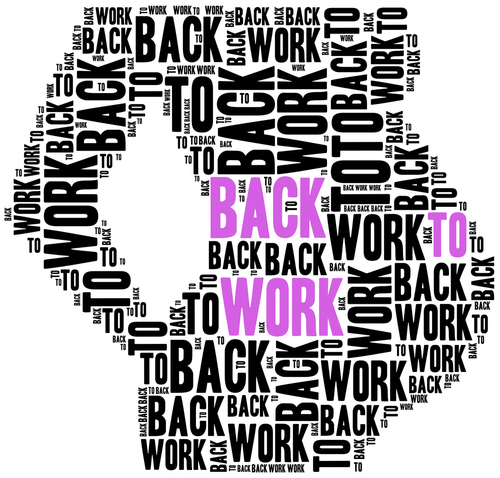 Every good story starts with a confession of some sort, so here is mine – I only realized I was pregnant after 2.5 months of being pregnant! Yes! I was that naïve (or dumb – classify it as you may like.)

In my defense, the circumstances at the time justified my blatant and in my view, totally logical disregard for the very obvious symptoms. I had just taken a brand new job, it was exhilarating but mentally exhausting! I would come back home drained of energy and sleep off my exhaustion The engineer in me, made logical conclusion that the exhaustion and hence the “missed” periods were resulting symptoms of the hectic new job (It had to be, after all, we had stopped trying to get pregnant soon after I accepted the new job.) And so it went on for 10 whole weeks, until eventually, my dearest hubby intervened in all his wisdom asked the million dollar question…“think we could be pregnant”? My first reaction was denial – I could not be pregnant, could I? With a new job?  No Way! And then came the undeniable fact- Those two lines on home kit made it real  – after having tried unsuccessfully for a few months; I had become pregnant right when we decided to give it a rest for a few!

GULP!! I found myself filled with conflicting emotions of intense joy and work-related dread. The “career woman” part of me was definitely freaking out. I was worried about being “written off” before even I really started.  I Googled, but “Springing a maternity leave discussion on your brand new boss” was a non- starter. No wiser from my extensive internet search, I found myself sitting across the table from my new boss (who barely knew me)– sipping water nervously, hands sweaty – dreading the reaction and wondering how to break my “Big news”. Guilt-driven I took a deep breath and muttered apologetically “I will need maternity leave in about 6 months from now. I am expecting”. And there it was – my confession! As relief washed over me, so did certainty that in that one dreaded sentence I had pushed my career back by a couple of years!

Looking back, I am amazed at how I agonized at the time! Instead of reveling in the miracle of the baby, I spend time spilt and worrying about how it would affect my perceived work-life integration. At the end did my pregnancy actually make a difference to my career?

Yes, indeed, it did, but not in the way I had envisioned. Contrary to what I had thought, I found myself getting more organized, more determined and utilizing time so much better than I did before. My new boss turned out to be wonderfully supportive and in all my discussions I laid out honestly on what I could and could not do. I set expectations upfront and worked to meet/exceed them as much as I could. I asked for help – on all quarters – from my colleagues, my friends, my husband and family – and received it. I created a strong coverage plan for the weeks I would be out on maternity. I even got promoted the year I gave birth – so those fears I had about having a career flourish whilst being pregnant were proven to be unfounded…I had delivered my work commitments and ultimately the baby with panache.

Today, when women who I mentor approach me with the “work or motherhood” dilemma…I look back at this experience of mine and can confidently say that there is no “OR”, it is and must always be an “AND”! 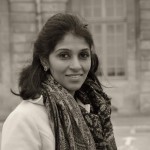