Hi all, I’m Megan. I’m pretty new to the world of being a stay-at-home mom and so far I have approached it with the same blundering but well-intentioned ambitions with which I have approached other intimidating new adventures in my life.

I currently reside with my husband and my sweet, but wild, two-year-old daughter in the South Bay (the suburbs) of Los Angeles. In a past life, I worked in digital marketing and lived near the beach in Santa Monica. Before that, I lived with several very fun gay men in New York City. And before that, I was working for a study abroad program in London, where my job was to take American college kids around to see the sights of Europe…and I got paid for it. Nowadays, my mornings are spent at Gymboree and my afternoons are spent at the park making small talk with fellow moms about nap schedules and teething. A part of me loves it, but a part of me also struggles with it. But one thing I know for sure: motherhood is the hardest, dirtiest and thankless work I’ll ever love doing. 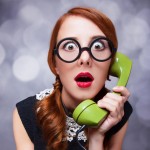 It was late spring, nearing the end of eighth grade. That time in your life when you’re feeling emboldened by the fact that you’re about to be a high schooler and just days away from ditching the adolescent equivalent of...
Entertainment Friendship Inspiration Motherhood Out-Of-The-Box-Kids Trending Uncategorized
Blog Posted by Megan Parsley of Suburban Misfit Mom on June 10, 2016
The High-Spirited Child: Taking The Very, Very Long View 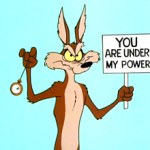 I laugh at – and pity – the pregnant me. Fellow first-time moms, you may be familiar with this version of yourself and you may also, from time to time, sympathetically snicker at that silly, naïve, large-bellied lady. When I...
Friendship Inspiration Motherhood Out-Of-The-Box-Kids Trending Uncategorized
MENU