Yes, Your Husband IS Jealous Of Your Child

Posted by Amber Pittman of Suburban Misfit Mom on February 19, 2016 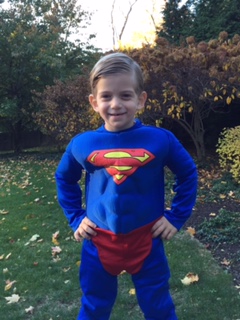 When I was pregnant my husband was thrilled. He did all the things a good husband was supposed to do for his pregnant wife: he rubbed my belly with cocoa butter, he apologized profusely when he ate the last mini Snickers, and he talked to the baby taking up space in my ever-expanding stomach. I would have never thought the two of us would have ended up divorced; I would have never dreamed a large part of the reason we failed was because he was jealous of our son.

But there it was, the elephant in the room; I never said it to him because I knew it would hurt him beyond repair, and though I can be mean, I try not to purposely destroy people. Now I see friends getting divorced and it’s all the same – and it’s typically moms of little boys – at least in my experience. Little girls they can share and love and don’t mind that Mommy spends time with them, but little boys are different. It’s almost as if they see them as competition for our time, attention and love, and they aren’t wrong.

You Spend More Time With The Kid(s)

Although everyone knows this is part of the whole parenting thing, when it actually happens it seems foreign. Of course it’s okay when they are infants, but what about when they get a little older? I think guys have this timeline in their head about when they should start getting all the attention again, and when they don’t start to become the center of their woman’s world again, they get pissy. I honestly don’t think they realize what’s happening because it would be totally fucked up if they were jealous of their own child, so they won’t own up to that. But that’s what it is: it’s another man in their girl’s life and they don’t like it. Doesn’t mean they don’t love their kid, they would just love the kid more if they were the center of the universe like before the child showed up.

Going Out Is A Chore

You used to be able to just go out when you wanted. Whatever time, whatever day, there was no need for planning and babysitters and labeling of bottles or shit like that. You just said the words and it was time to boogie. All of a sudden it’s a chore, and then there’s the reaction a lot of moms have of having to leave their small children. They worry, they want to check in, they check their texts to make sure they aren’t missing a catastrophe. This is different, and this is taking attention away from HIS time. Even when you aren’t with the baby, you’re more focused on it then on him. The baby begins to be competition for your attention even when it’s not there. I’m pretty sure a little lever in their brain that gets activated when they think you are being unfaithful gets switched to “ON.”

Sometimes You ARE Too Tired

Too tired for sex, too tired to stay up late and watch a movie, just too fucking tired. Being a parent is hard work, and sometimes when the kid goes to bed you just want a bubble bath and then to sink into the sweet oblivion of sleep. But the first time you say no to sex after a child, you are proving only one thing to these men: that you no longer want them. Prior to baby it might be annoying, but they’d deal and try for a little before-work action in the morning; but now it feels like you’re choosing something else over them because it’s the child’s fault you are sleepy.

Your Life DOES Change

There’s a lack of sleeping in on the weekends and waking up only for sex and pancakes before heading back to bed to snuggle and watch Star Wars movies followed by snacks and more sex. Sleeping in doesn’t happen again for a LONG time, and being able to fool around with kids in the house has to be orchestrated – no matter how awesome a couple you are. And once again that familiar twinge of animosity comes in to play.

I’m not saying all men are like this, but it’s becoming more and more common. They want to sire an heir, but then they want life to go back to how it was within six months of the baby showing up, and that’s just never going to happen. Sometimes sex will be planned or out of the question entirely because your kid had a nightmare, and your child doesn’t care that their father’s erection completely fades when he hears them scream from across the hallway. Or that Mommy can now shut it off completely and tend to their needs first. It’s something they know logically: that the child comes first, but it’s hard work when they actually have to put it into practice.

So how do you fix it? Fuck if I know, do I look like Dr. Phil? But hey, if you figure it out let me in on your secret. Maybe it will save me and my potential future ex-husband from disaster.

Greetings from Ohio! I’m bored to tears at work so I decided to check out your website on my iphone during lunch break. I really like the knowledge you present here and can’t wait to take a look when I get home. I’m surprised at how quick your blog loaded on my mobile .. I’m not even using WIFI, just 3G .. Anyways, very good site!

what is the best all inclusive resort in cancun
[url=http://www.shaimaaatalla.com/vb/member.php?u=163189]top all inclusive cancun resorts[/url]