You’re Not Working Are You?

Posted by marisa of Suburban Misfit Mom on October 11, 2016 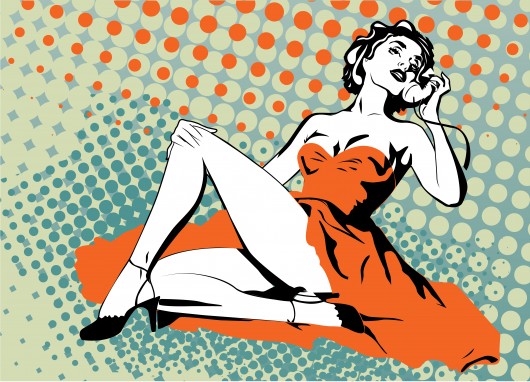 It’s something I hear all of the time. It’s one of those questions that require a pause before my answer.  I worked the entire time I was in college, and after college I took the first job that would pay my bills, and stayed for over six years. During that six year stint I also worked as an adjunct professor as well as a freelance model. Needless to say, I worked, and I worked a lot. The decision to leave my office job, giving up my paycheck was a difficult one, but I gladly made the choice for the pleasure of raising my new baby. My husband joked with me about how bored I was going to be as a stay-at-home mother. Bored is not the word to describe motherhood.

I never anticipated the work that was going to be involved in raising a child. Watching Mad Men I always observed Betty Draper looking flawless every second of every day. Then again, she wasn’t scrubbing floors nor putting groceries away because she had hired help to do all that. Peggy Bundy was definitely not a role model, yet I must admit there was a small part of me, about a month into motherhood, when I thought, “But where are the bonbons? And the endless soap operas?” Yeah no. A homemaker/stay-at-home mother is undoubtedly a job.

I remember the first couple of times people said, “You’re not working right?” I’d awkwardly look at them before shaking my head, having no idea how to answer that question. No, I do not work in an office. I do not receive a paycheck, and I do not have to dress business casual to do my job; however, saying “I don’t work” isn’t correct either.

In reality, being a mom has left me more exhausted than when I worked full time plus the part time gigs. My mother-in-law sent me a great video the year my daughter was born. It was a mock advertisement for a job opportunity, which described the job as requiring: the ability to stand for long hours, carrying heavy cargo, no set breaks, late hours, and the kicker, No Pay. Of course the end of this video revealed the job in question as motherhood. While it was truly an adorable, funny video it was oddly correct in its message.

For a while there I began to feel truly snarky when people asked if I was working. I wanted nothing more than to say, “In addition to keeping a small child alive, I do laundry, vacuum, steam floors, prepare meals (many which go untouched therefore requiring more food prepared), make all the beds, change diapers, give baths, clean up toys, clean up food, pack for every outing as though I’m going on safari, do the necessary household shopping, take my toddler to activities, act as a child psychologist while dealing with tantrums, read to my child, go over the alphabet and memorization of numbers, along with a bunch of other crap I’m currently forgetting, but No. I don’t work. Not at all”.  There has to be a better way of asking whether someone works for a company or simply works for their family.

I’ll admit I’m guilty of saying the same thing. I cringe at the sound of my own voice when I ask a fellow mommy if she works. Of course she works. I never mean to imply that she doesn’t, but sometimes the words just come out that way. To say, “Do you work from home” implies that you are working for a company, doing something other than child-raising. Maybe just asking if one stays at home with the children is a more accurate question. I don’t know. I’m open to suggestions, but please, there needs to be another way than simply asking a mom if she works.

While there are still people out there who are completely clueless and believe that most moms sit around eating chocolates, taking tennis lessons, and watching Law & Order for six hours while their child is glued to an I-Pad, I’ve come to believe that the majority are well aware that being a mom is a pretty serious gig. Most don’t mean to insult by asking “do you work?” even though it may feel that way when the question reaches your already exhausted brain. It’s just their way of asking what your life is like lately. These days when I bump into former co-workers or old friends I haven’t seen in a while, and they ask me if I’m working I usually just flash a smile and say, “Every minute,” because it’s the truth.