Posted by Deborah Notis of Suburban Misfit Mom on June 28, 2016 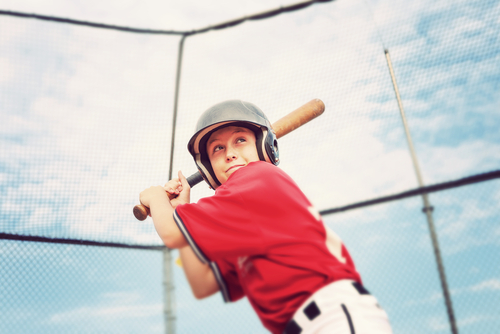 Let’s face it.  While we all might secretly think our fourth grader is the next Derek Jeter or Mariano Rivera, it is quite unlikely that he or she is going as far as the MLB. Still, we invest in sports, because sports can have so many positives for our children. It can promote teamwork, a sense of camaraderie, friendships, respect for others, and a healthy lifestyle. Significantly, sports often introduces the concept of teamwork and endurance to children.

Second Child loves being part of that baseball team. Although we think that we finally convinced him that the MLB is a pipe dream and grades matter most, he enjoys every second of his time out on the baseball field. It has been this way most seasons since he started playing travel baseball in fourth grade. His first experience was exceptional, as he was fortunate to have a team of dad coaches who truly invested in the boys – not just their own kids. These coaches taught the boys every aspect of the game from getting in “ready position” to where to go every time a ball is hit. He experienced, first-hand, all of the positives of sports.

Yet it was not long before this positive was balanced with some significant negative lessons. Some would call them “life lessons.” These lessons were not about losing a game or being a bad sport. His first experience with the negative in sports came in the form of “the bad coach.”

Now, everyone has their own definition of the “bad coach.” The screamer, the guy who only played his son at shortstop, the guy who benched you unreasonably for an entire season. These guys can all be considered a “bad coaches.”

Second Child’s first version of the “bad coach” was discouraging, referred to sixth graders as “losers,” cursed at children in the field, allowed his own child to curse at him from the pitcher’s mound…anyone on that team could go on indefinitely. The boys were afraid to lose a game as the coach would readily humiliate them in front of the opposing team. They were only relieved to win and never learned to bask in the glory of a well-earned victory. And the coach’s son regularly threw tantrums on the mound and in the field without risk of being removed from the game. Countless boys stopped playing summer baseball after one season with this “volunteer, bad-dad coach” and headed off to sleep away camp. And no one was remotely surprised when this coach was banned from coaching in town a few seasons later.

By the middle of the season, this coach’s bad attitude became a personal issue for Second Child. He taunted Second Child when he was up at bat, making fun of his batting stance but never tweaking it. He complained about the way Second Child ran. Not his speed, mind you, but his form. And, he complained about the way my son caught balls in left field, consistently calling his catches “lazy,” and never praising him for catching the ball and making the out. All this from a guy who was kicked off of his men’s league C team for lack of skill.

But Second Child learned a few valuable lessons that season. First, he realized that he had to truly love the sport to continue investing time and effort into it. Second, he learned that a coach is not a support system, and he must learn to advocate for himself. Most importantly, he learned that he is the only one who can destroy his will to succeed.

Like many of his former teammates, Second Child stuck with the sport long after the bad coach was thrown out. Some of them reunited to play for their high school team. His former teammates and their parents often talk about that “bad coach,” and retell anecdotes of his inappropriate, un-coachlike behavior. We can laugh at it now, years later, as we are all happy that our boys stuck with the sport they always loved. So ultimately, the best lesson learned was that Second Child could endure. He could rise above the negatives to experience that sense of camaraderie, that teamwork, that respect for others, and that love for his favorite sport long after someone told the bad coach, “You’re out.”